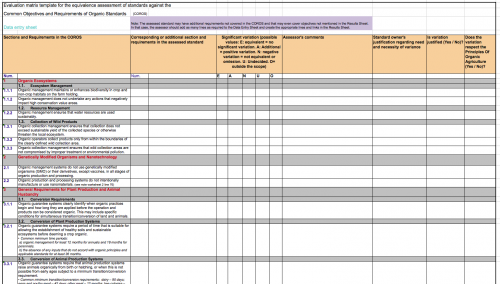 as a text version
in the IFOAM Norms 2014 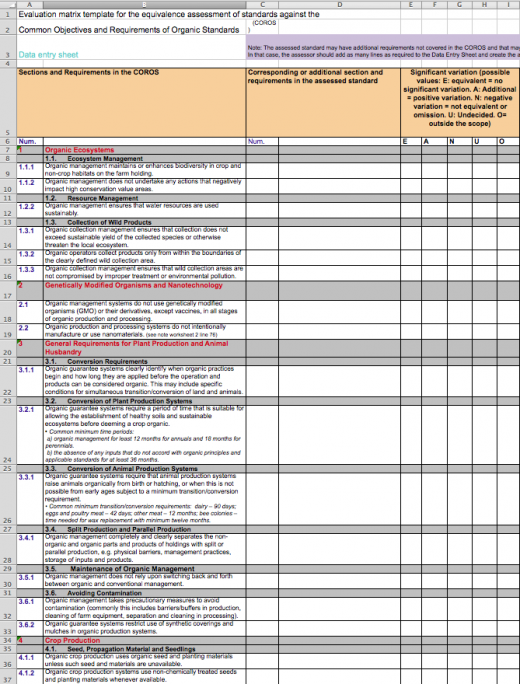 as an excel sheet template

Application of the COROS
It is intended for use in international equivalence assessments of organic standards and technical regulations and provides the basis for assessing equivalence of standards for inclusion in the IFOAM Family of Standards.

The COROS  contains  requirements that have been found common across many private and government organic standards. Standards can be compared to this reference in an equivalence exercise, which will highlight their strengths and weaknesses as compared to the international reference. A  spreadsheet is the functional format whereby data is entered following the traditional structure of organic standards, and results are automatically fed into a second sheet that provides an overview of how well the standard addresses the Common Objectives. A third sheet is provided to summarize the results of the assessment.

History of the COROS development
Both IFOAM and the GOMA Project have developed tools for assessing equivalence of organic standards. These tools have been harmonized into a single one named  “Common Objectives and Requirements of Organic Standards” (COROS), or in the context of the IFOAM Norms the "IFOAM Standards Requirements".

The COROS, IFOAM Standards Requirements, underwent an open consultation period form February to March 2011. Versions proposed for comments are available below for the record. They include: 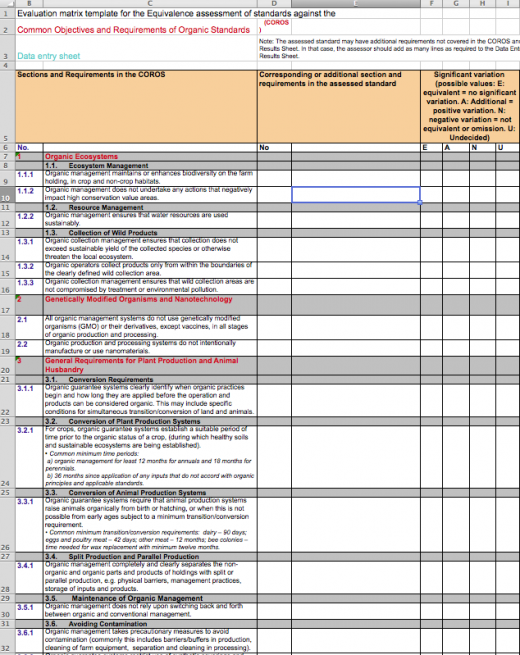 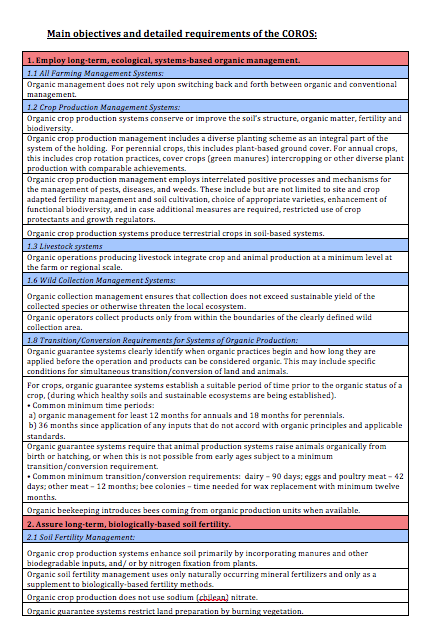 the Word document version with IFOAM Introduction,
to be used in the IFOAM Norms 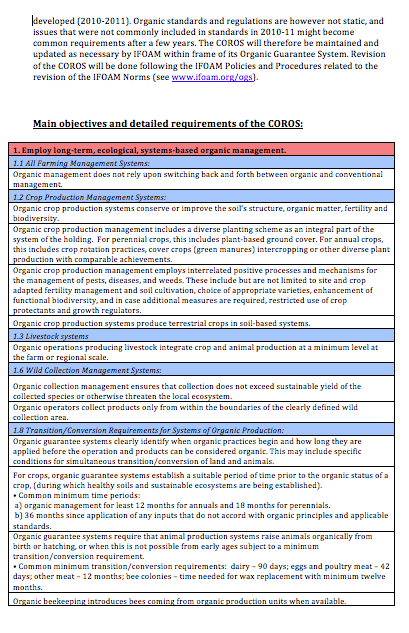 and the Word document with GOMA Introduction,
to be used as Annex II of the Equitool. 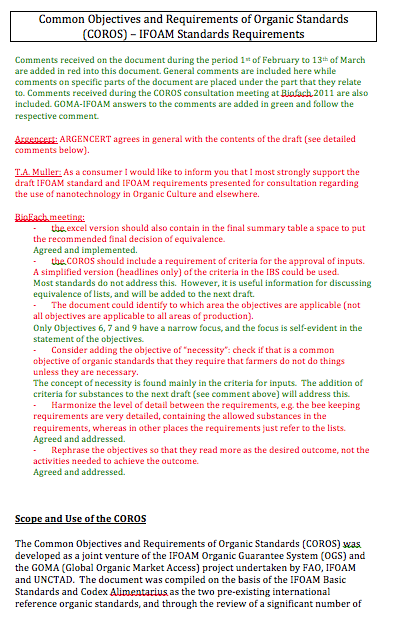 See also the compilation of comments received during this consultation period,
and the official responses to those comments

In its April 2011 meeting, the IFOAM World Board approved the revised version of the COROS, IFOAM Standards Requirements, as a new IFOAM Norm and reference for the acceptance or rejection of organic standards into the IFOAM Family of Standards. On June 16 2011, the World Board presented a motion to the IFOAM membership, proposing to ratify the document. The motion was open for membership vote until July 28. The membership approved the COROS with an impressive 93,8 % of the votes. 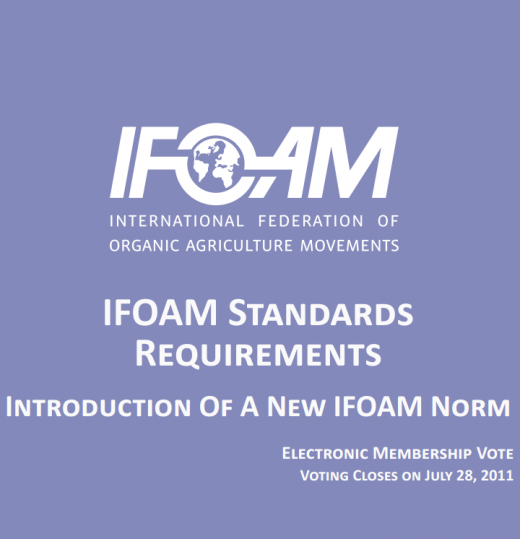