Welcome » IFOAM » What We Do » Communications & Events » Awards

There are amazing people doing great work to develop and promote organic agriculture around the world.

We full support awards which recognise these achievements and can help share knowledge and best practice. 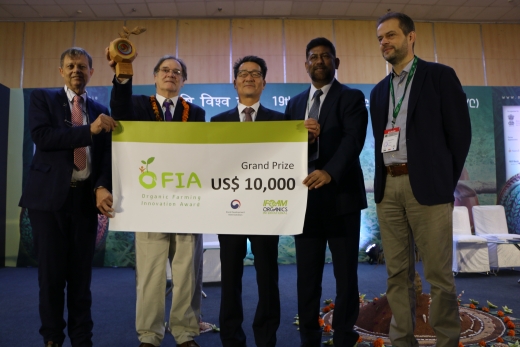 In 2017, Mr. Mike Hands of Inga Foundation (UK) was the Grand Prize winner for the agricultural system of Inga alley cropping which he developed after years of scientific research into slash and burn farming. Dr. Hiroshi Uchino of the Tohoku Agricultural Research Center, Japan won the Science Prize for his work on the use of cover crops for weed suppression.

OFIA is an initiative of the government of the Republic of Korea in remembrance of the 17th OWC held in 2011 in its Gyeonggi Province. 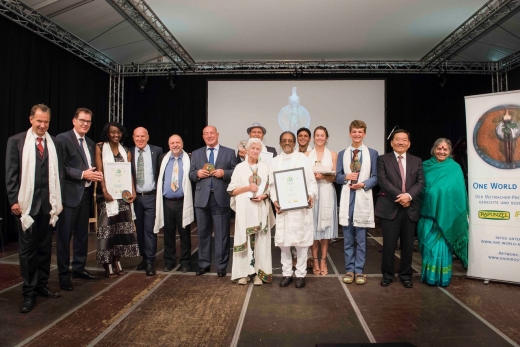 The One World Award was established by Rapunzel Naturkost, to promote innovative activities that promote ecological, social and economic sustainability, torecognize creative and highly effective solutions in the areas of environmental protection and fair livelihoods, and to encourage involvement in projects that foster a loveable, liveable future and peaceful community building.

IFOAM - Organics international is a partner of the One World Award, sitting on the jury for the main award. We also select the winner of the Lifetime Achievement Award. This is an award (non-monetary) to honour people who have had a significant positive impact on the sector over the years.

See more about the One World Award. 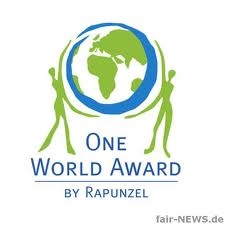